Another Night is a very short survival game where you have to help your friends and family survive the night in the desert. Find wood, feed the bonfire, fight mummies or try to sneak past them and don’t get lost (tip: use your footprints to keep track of where you’re going).

This game is a Ludum Dare Game Jam #46 Entry. The theme for the game jam was “Keep it alive”.

We made this project over a weekend with my friend Alexey Panov.

Alexey did all game art and animation and I was responsible for programming, sound design, music and putting it all together.

Note that Another Night is open source and licensed under MIT, so you can freely use anything in your own projects:

Just don’t forget to mention us in the credits (see the license file in the repo for details).

This was my first experience with Unity’s recently released 2D lighting system.

Everything was made for the jam and no 3rd party assets were used:

The game took 517th place out of 3576 for Mood and 1000th in the Overall rating. So I guess, dynamic lights and creepy music at least did the trick to set the mood right. 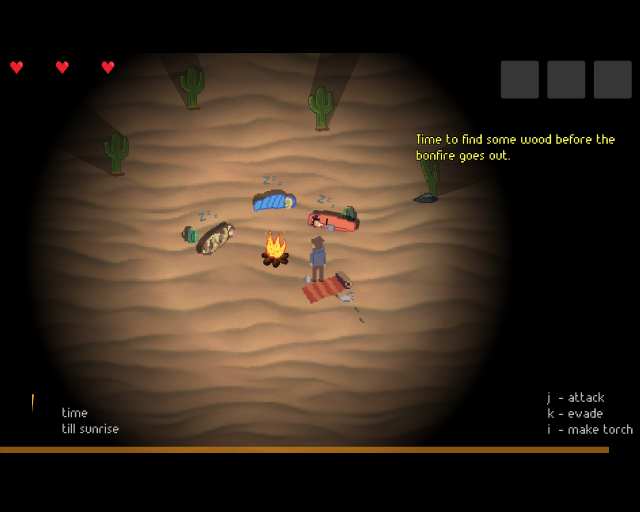 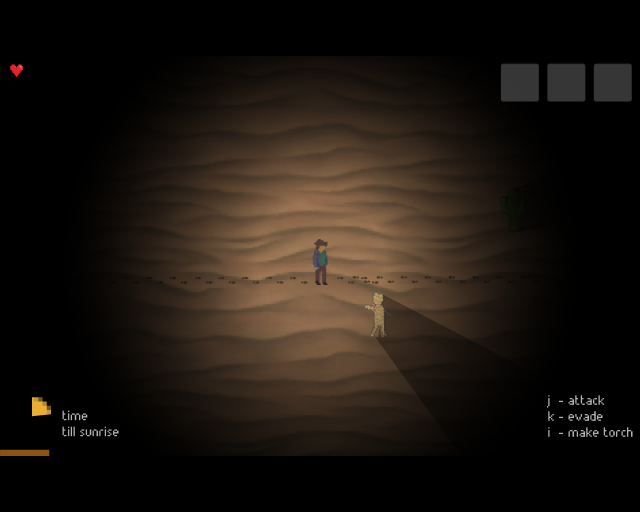 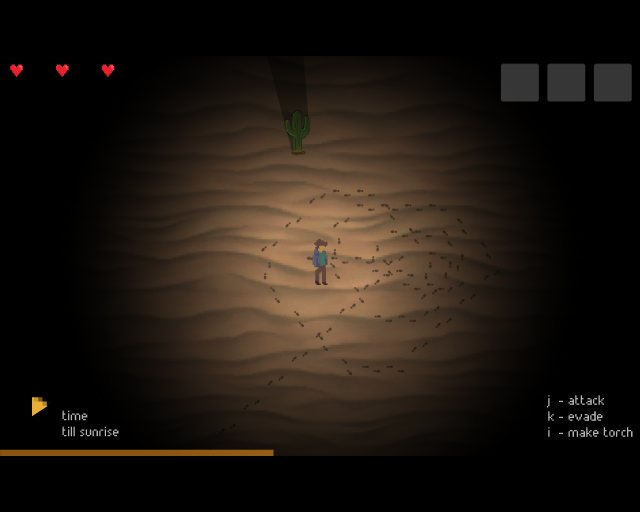 Screenshots of Another Night