Grouping Tool is an Editor Asset for Unity that can easily group GameObjects together right in the Unity Hierarchy Panel from the context menu or with a keyboard shortcut (Cmd+G on Mac or Ctrl+G on Windows).

By default objects are grouped into an empty GameObject.

Custom Prefab templates can be used to group objects together.

While working on Holes Online I was building a city level from lots of multi-storey buildings. Each building was composed of various blocks representing different floors, windows, roofs, etc. I’ve built building from this blocks and nested them under a group objects with several pre-defined components attached to it.

At some point of my workflow I became frustrated with the lack of “Group objects” option in Unity, so I decided to look for existing solutions. I did not find anything that satisfied me, so I decided to create an asset to speed up the workflow. 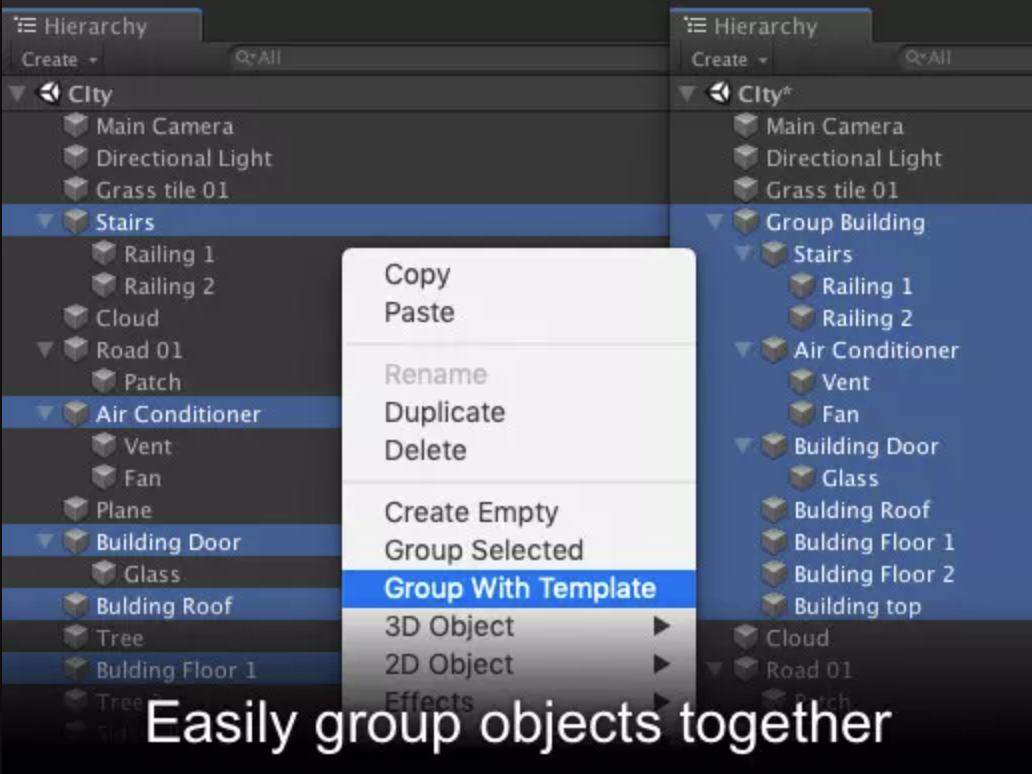 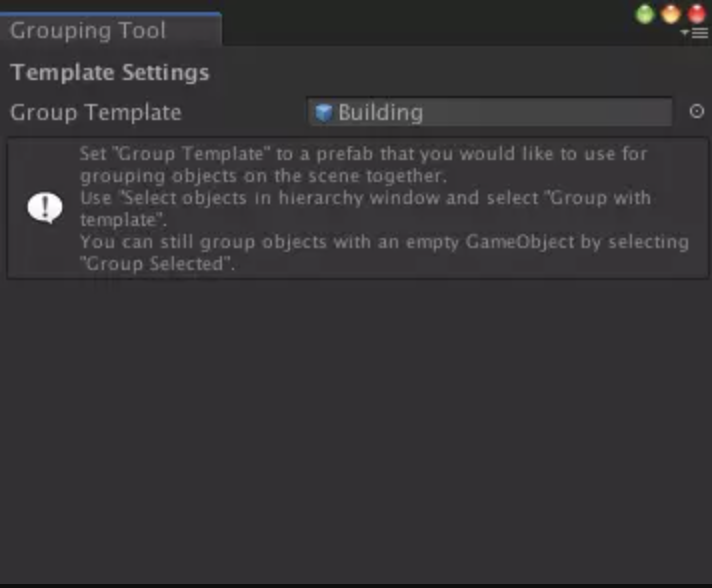